Photo © Keith Littlejohns.
Whilst casually looking at the abundance of wildlife activity in the woodland landscape behind our house this month I noticed a not seen before group of Redwings, Turdus iliacus drinking from a watery ditch. This is my first sighting of these birds in this part of the world, although the south west is one of the UK areas that normally plays temporary host to this particular species of thrush.

The redwing is most commonly encountered as a autumn/winter bird here and is the UK’s smallest true thrush at just 21cm long, with a wingspan of 33-35cm and weighs in at 50-75g. Its creamy coloured strip above the eye and distinctive orange-red flank patches make it easy to identify.

It’s a bit of a social nomad favouring the countryside, feeding in fields and hedgerows and only rarely visit gardens, except in the coldest weather when snow covers the fields. It’s unusual to see pairs nesting in the UK.

They normally feed on berries and worms, which this particular woodland environment is perfect for as there are several berried trees species such as hawthorn and blackthorn as well as ivy for several different berry eating birds to feed on.

Redwing are listed as a Schedule 1 species of The Wildlife and Countryside Act. Photo © Keith Littlejohns.
Although having a coat sometimes tinged with orangey red fur, this is actually a grey squirrel, Sciurus carolinensis. The well fed look and short ears are typical of the grey. By comparison red squirrels are smaller, leaner and have longer, tufty topped ears.

Grey squirrels are native to North America and have become an invasive species. They were first released in the UK in 1876 at Henbury Park, Cheshire.  It’s not clear why they were introduced and the Victorians had no idea of the risks of introducing non-native species.

Grey squirrels, as would be expected, are a typically a common visitor at our garden bird feeding station. Despite us having so-called squirrel-proof bird feeders they do manage to get a feed by devouring any food spilt by birds onto the grassy ground below the feeders (photo above).

At autumn time they also devour a huge amount of hazel nuts from the many trees in the wooded area over the other side of the leat from the back of our house. We watch them collecting the hazel nuts and burying them in the ground, which they also manage to do in plant pots and borders in our garden as well. Hazel seeds germinate very easily and is why there are so many hazel trees in the woodland close to us – all thanks to wildlife. Photo © Keith Littlejohns.
The sparrowhawk, Accipiter nisus is a small bird of prey, the male being somewhere between a blackbird and a collared dove in size, that can be found in all kinds of habitats. Females are much larger, with browner plumage above and grey bars below. Both male and female have reddish cheeks.

This one above, a male, was seen in the wooded area behind our house having just landed with its prey. They often visits gardens looking for prey, mainly small birds like finches, tits and sparrows.

Sparrowhawks nest in woodland areas. Both male and female build the nest in a fork of a tree. It is a platform made of sticks and twigs with little or no additional vegetation.

Sparrowhawks lay 2-7 white eggs that are smooth and glossy and have a bluish tint and dark brown markings. The female incubates the eggs for 32-34 days. When hatched the chicks are fed by the female with prey brought by the male. They fledge at 26-30 days but are fed for a further 25 days. Sparrowhawks reach sexual maturity between 1 and 3 years. Photo © Keith Littlejohns.
The Collared Dove, Streptopelia decaocto is a member of the pigeon & dove family. They can be seen all year round over the whole UK particularly in woodland, farmland, parks and gardens across the country. Collared doves only started breeding in the UK in the 1950s in Norfolk having arrived from Asia. They are now so widespread that they are one of the top ten most visited birds to British gardens, although numbers have been in decline since 2005.

Collared doves are monogamous and can breed continuously in warm regions. They may also start a new nest before the previous young are independent, with the female using breaks from incubation to feed recently fledged offspring. When a pair has eggs in the nest, the female will incubate the eggs during the day before swapping over at dusk for the male to incubate through the night.

Collared dove nests usually just consist of a platform of sticks. They normally nest in trees or shrubs but will also use buildings, favouring ledges, guttering, and the brackets of security lights or satellite dishes.

Collared doves feed on seeds and grain on the ground and are usually seen singularly or in pairs, although small flocks may form where there is enough food.

Classified in the UK as Green under the Birds of Conservation Concern 4: the Red List for Birds (2015). 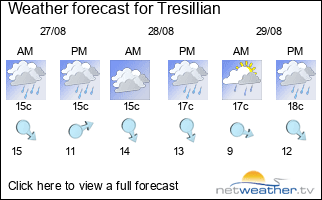